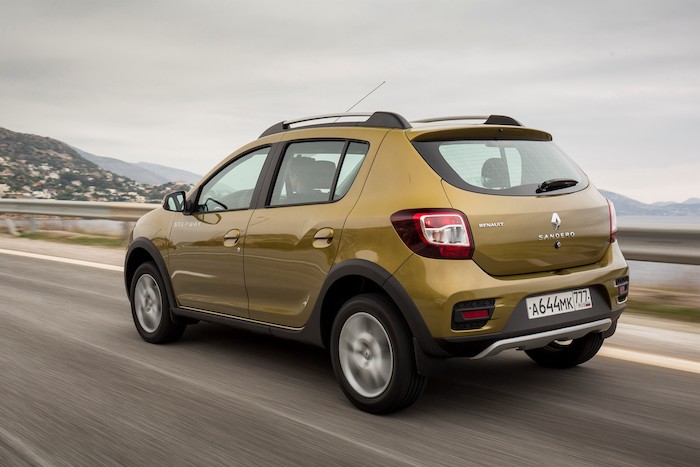 The first images of Sandero and Sandero Stepway cars, which were developed for the Russian market, appeared on the Internet. In addition to Renault nameplates instead of Dacia logos, both hatchbacks received minor changes in their design..

Changes to the «face» Renault Sandero associated with the need to replace the logo. Our country is one of those where Dacia models are sold under the Renault brand. To fit the Renault rhombus into the radiator grille, the creators of the car slightly changed both the hood and the front bumper of the car..

The Russian interior of the model is also slightly different — a modified form of the ventilation system deflector and another climate control unit. Why such changes are needed, Renault did not tell.

Renault Sandero and Sandero Stepway cars will also be produced in Russia, like the previous generation, which is produced at AvtoFramos. Some European media outlets note that the Moscow enterprise will only assemble cars that will be supplied from Romania. What engines will be installed on the new items is still unknown, but in Europe the same Dacia models received 3-cylinder 0.9-liter engines with a capacity of 90 hp..